If you decide to fight with a friend against Araxxor, that will have an impact on your chances at loot although both players do have a chance at obtaining unique loot. Here are the differences: 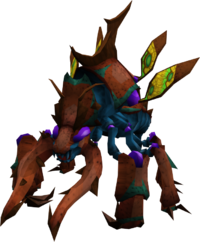 Kalphite King has a fairly straight forward drop table and there is nothing special to report other than the unique drop chances. 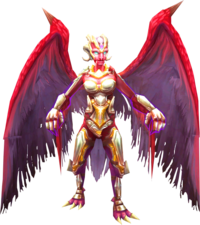 The amount of players that you kill Nex with has a impact on the drop chance of the unique items but not the cosmetic chests. The chance decreases massively if there are more than the intended group size in the fight.


Chance with 8+ people (only the top 7 are eligible for unique loot):

Rise of the Six 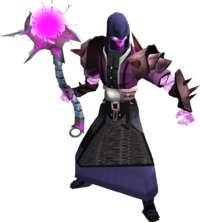 You always get a malevolent energy but you have a 50% chance to get an extra energy. In order to actually get an energy, however, you need to complete the collapsing tunnels and escape through the well else they will disappear. 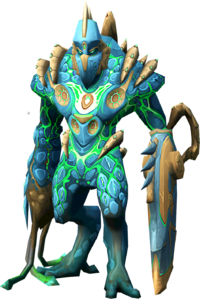 Don't forget, whilst equipping Luck of the Dwarves you have the potential to see a different loot list than you would without. The reason for this is that Luck of the Dwarves effectively adds 25 enrage worth of better loot chances and also has a chance to add extra pieces of regular loot also.

One question that we see a lot is this: "Which is better for me to get a unique drop, a higher enrage or a better streak?"

Streak is a much greater modifier than enrage is in the Telos formula meaning that if you wanted to get unique drops then the best thing to do is to get a higher streak. A greater streak will give you a better chance than a high enrage, low streak kill.

Due to the sensitive nature and volatility of Telos' drops, we don't be revealing the full formula in which Telos determines their unique drops but will instead give a few examples to demonstrate how it works. We've decided to go with some key milestone examples to make sure they're relatable.

If you roll a unique drop on Telos, these are the drop chances for the unique items: 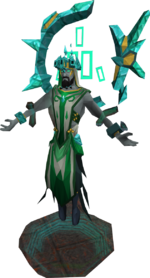 It's worth explaining some of the misdirection surrounding Legios before the drop rate is revealed. On launch, the drop chance for getting an Ascension Signet from a Legio was 1/64, but we later hotfixed this silently to it's current rate as we weren't getting as many in-game as we wanted (amount of people killing Legios was fine). In trying to not cause a mass panic sale, we were a little coy about confirming the new drop rate.

This drop table is a little bit complicated so I'll try and explain it as simply as I can. All four God Wars Dungeon 2 bosses "share" the same drop rate for rare items, and that drop rate is affected by either Reputation, Challenge Mode or wearing Ring of Fortune/Luck of the Dwarves equally.

The base chance for both rolls are:


God Wars Dungeon 2 has a number of different unlocks that affect the drop chance from bosses. There's the 25%, 50%, 75% and 100% upgrades, depending on your reputation with a particular faction. It's worth noting, although obvious, that having a 100% drop chance increase on Helwyr doesn't impact any other boss.


If the fight was in Challenge Mode, it also infers a better chance at both Unique Roll and Essence Roll after reputation bonuses have been applied.

What happens is that the roll we got from the reputation is again further scaled in Challenge Mode with a slight buff. Here are all of the calculations on the numbers. "Loot bonus" is the extra % buff that you have from reputation. For example, if you had 50% drop increase then your Loot bonus would be 50.


If you're wearing Ring of Fortune or Luck of the Dwarves, a further 1% is taken off the numbers after all other bonuses have been applied. Here that is for all of the different reputation thresholds, on and off Challenge Mode. 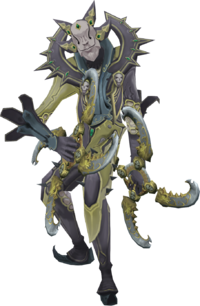 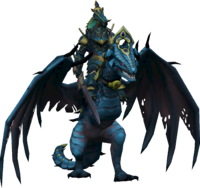 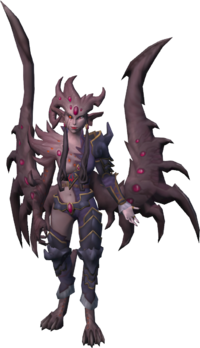 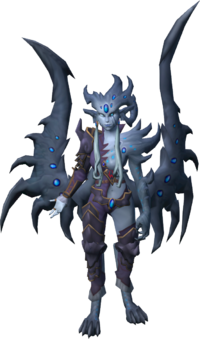 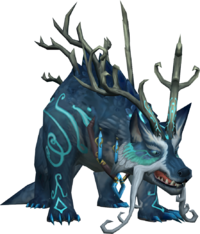 The chance for a rare is 1/Unique Roll depending on the different number of bonuses applied to it, and the same for boss essence being 1/Essence Roll. This means that a chance at any unique item from a GWD2 boss is X/177 with all of the bonuses applied where X is the number of uniques available from the boss.

This means that the best chance at unique items from GWD2 is by having maxed out reputation bonus for drop chances, in challenge mode and wearing a tier 3 luck ring or higher is: 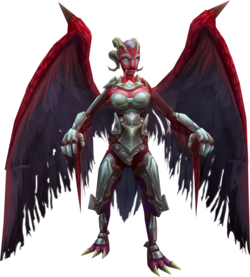 Just for some fun, here are the chances at getting Saradomin Brews and Super Restores from Nex. There are two separate rolls! 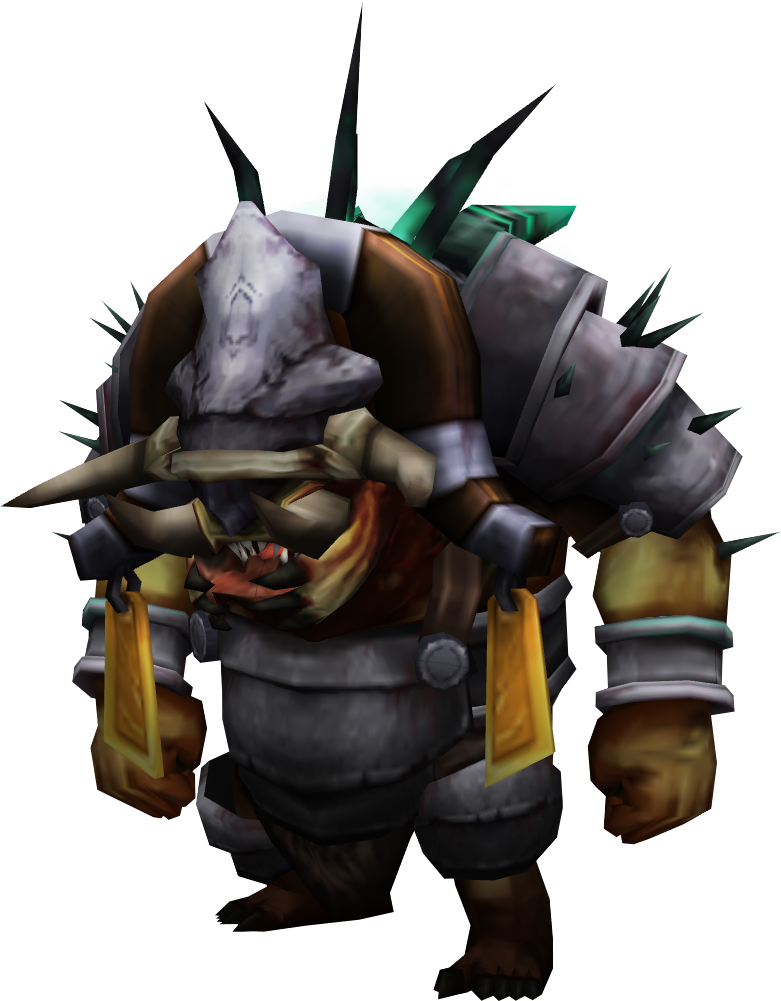 We'll start by explaining the basic structure and order of the droptable.

There are a couple of exciting numbers in there, but we all know they're not what you're really here for. Let's talk about how Achto works.

When you kill one of the two bosses, the game decides which piece of Achto you're attempting to roll using two factors:

If you already own the Achto version of the armour in question, the game will choose another style in the same armour slot; for example, Primeval boots instead of Teralith boots. If you don't own Achto or either of the two "off styles", the game does a coin flip to decide which style to use.

Each boss and equipment slot has a priority.

However, if you own a full set of Achto in each combat style, we throw all the rules out the window and just pick an item at complete random.

When the game has decided which piece of Achto it might give out, it then rolls to see if you win it. This time we've got a three step process.

The Generous and Harsh chances for each boss are as follows:

The resulting number becomes the roll which determines whether or not you receive the item.

You kill Yakamaru as a mage wearing Luck of the Dwarves. You own all Achto gloves. You also own Achto Primeval (magic) boots. You own inferior Teralith (melee) boots. 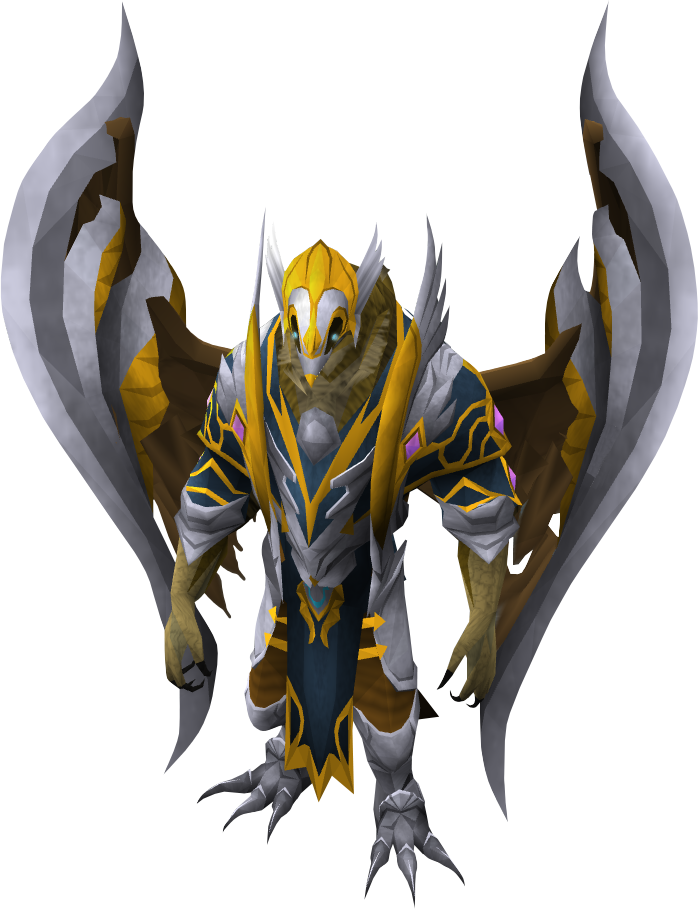 All bosses in God Wars Dungeon 1 follow the same drop rate as their items. These are as follows:

The bodyguards that accompany each boss in God Wars Dungeon 1 also have a chance to drop unique items. These work slightly differently:

Each god then has a different chance to obtain a unique from their bodyguards. These are:

You then have a X/Y chance at any uniques. X is the number of unique items that can drop and Y is the bodyguard drop table chance. If you don't get a unique drop then you'll get 1,000-1,500 coins instead.

There's no difference in drop tables between normal mode and hard mode in God Wars Dungeon 1; the only difference is the Soulstones. The chance to obtain a Soulstone from a hard mode boss is 1/25. 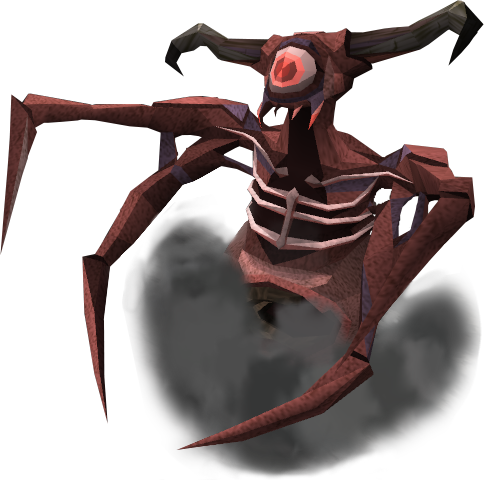 Rolling to access the Ancient Warriors' drop table will open up a new table where you can try to obtain unique equipment. The full table is as follows: 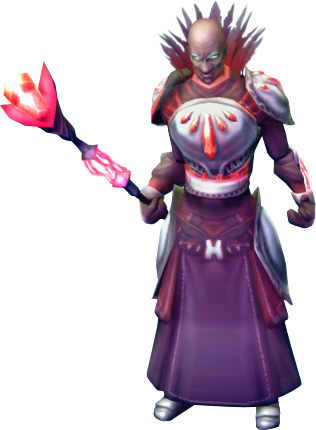 First of all, we'll talk about the drop chances and then get into the specifics of obtaining scraps of scripture from phylacteries.

Much like the Liberation of Mazcab drop table, there is a lot of complication involved in finding out what sort of items we want to drop and then actually dropping the items. We will try to guide you through the complex process of how a drop is determined and then provide the chance of obtaining that item.

The number of Brothers that you kill, including Akrisae but excluding Linza, has a large impact on various aspects of the drop table. First of all, how many brothers you kill determines how many rewards you get and consequently how many chances of rare items you have. The number of pieces of loot is (Number of Brothers killed + 1) up to a maximum of 7.

Linza isn't a part of the below. Instead there is a 1/192 chance to roll on to Linza's unique table at the start of assigning a reward. If this is successful then you obtain a random piece of Linza gear (all has an equal chance of dropping after this) and if it isn't then it carries on with the below information.

If you managed to get on to the unique table, we then try to determine which brother's armour you're going to obtain. First of all, we take how many brothers you've killed and then random it. Whatever this number corresponds to is what sort of equipment you'll get based on the numbers below. Each of the unique items on each brother's table has the same drop chance as each other. 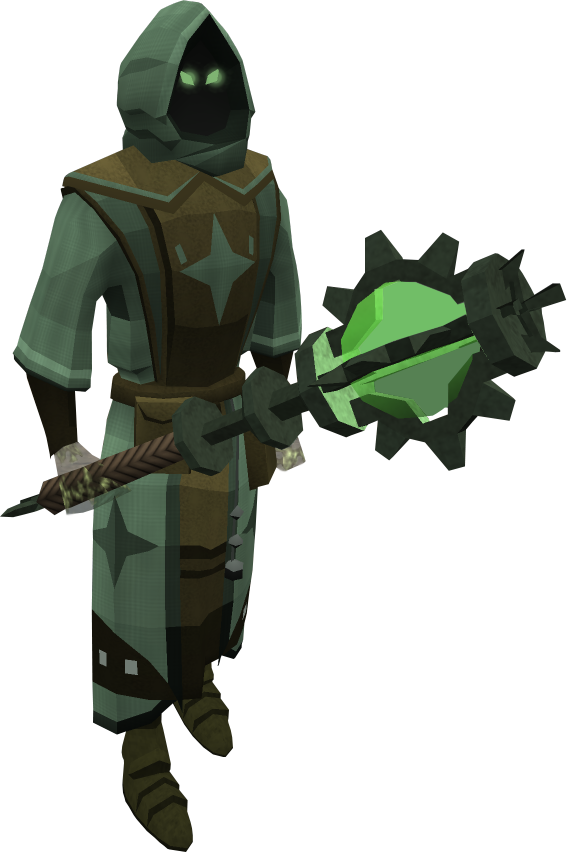 If this fails, we then see if you obtain some Rise of the Six entry tokens which has a 1 / (20 - Number of Brothers killed) chance of dropping.

If this fails, we then see if the player is eligible for a defender drop and if they are you have a 50 x (7 - Number of Brothers killed) chance of obtaining a defender.

If this fails, then we roll the regular drop table. The loot on the regular drop table is dependent on the total combat level of creatures you've killed in the tunnels and how many brothers you've killed. The maximum number for combined total combat level of creatures killed is 1,000. We then take this number and add it to Number of Brothers killed multiplied by 2. This means that the maximum random roll we can achieve is 1,014. Once we have our random number, we random it and see what drop we get based on the below table. 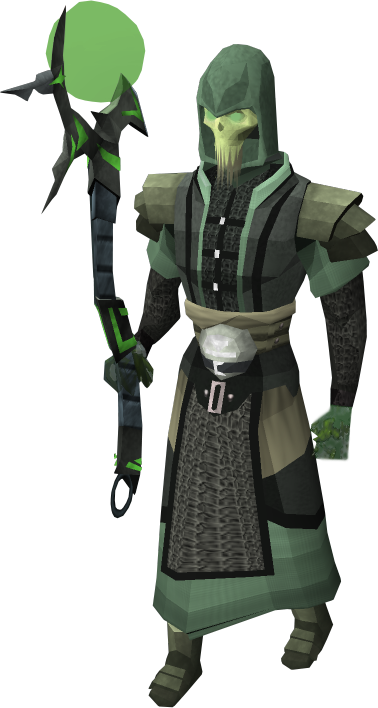 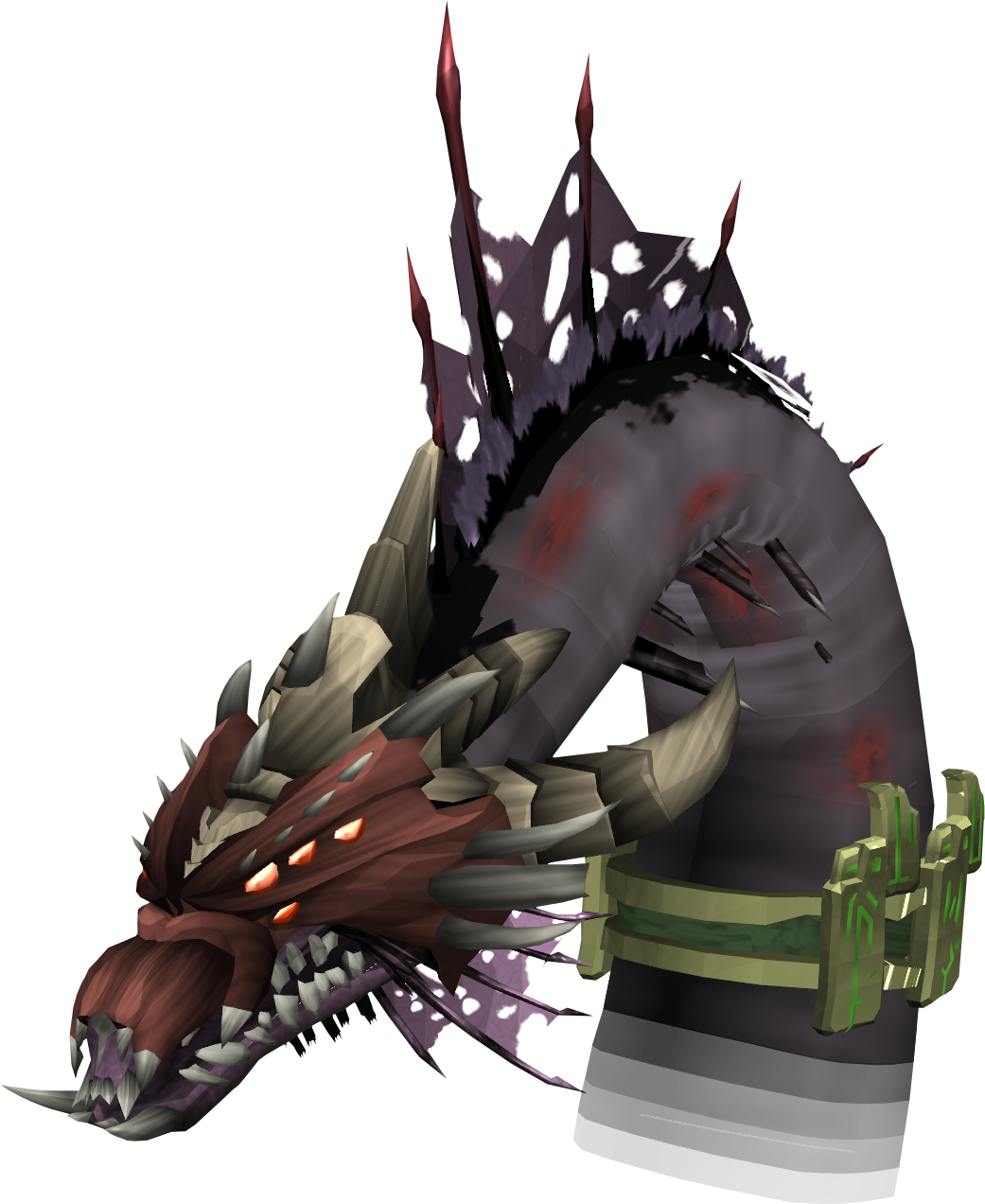 This is a simple drop table and doesn't have anything complicated about its unique drops. 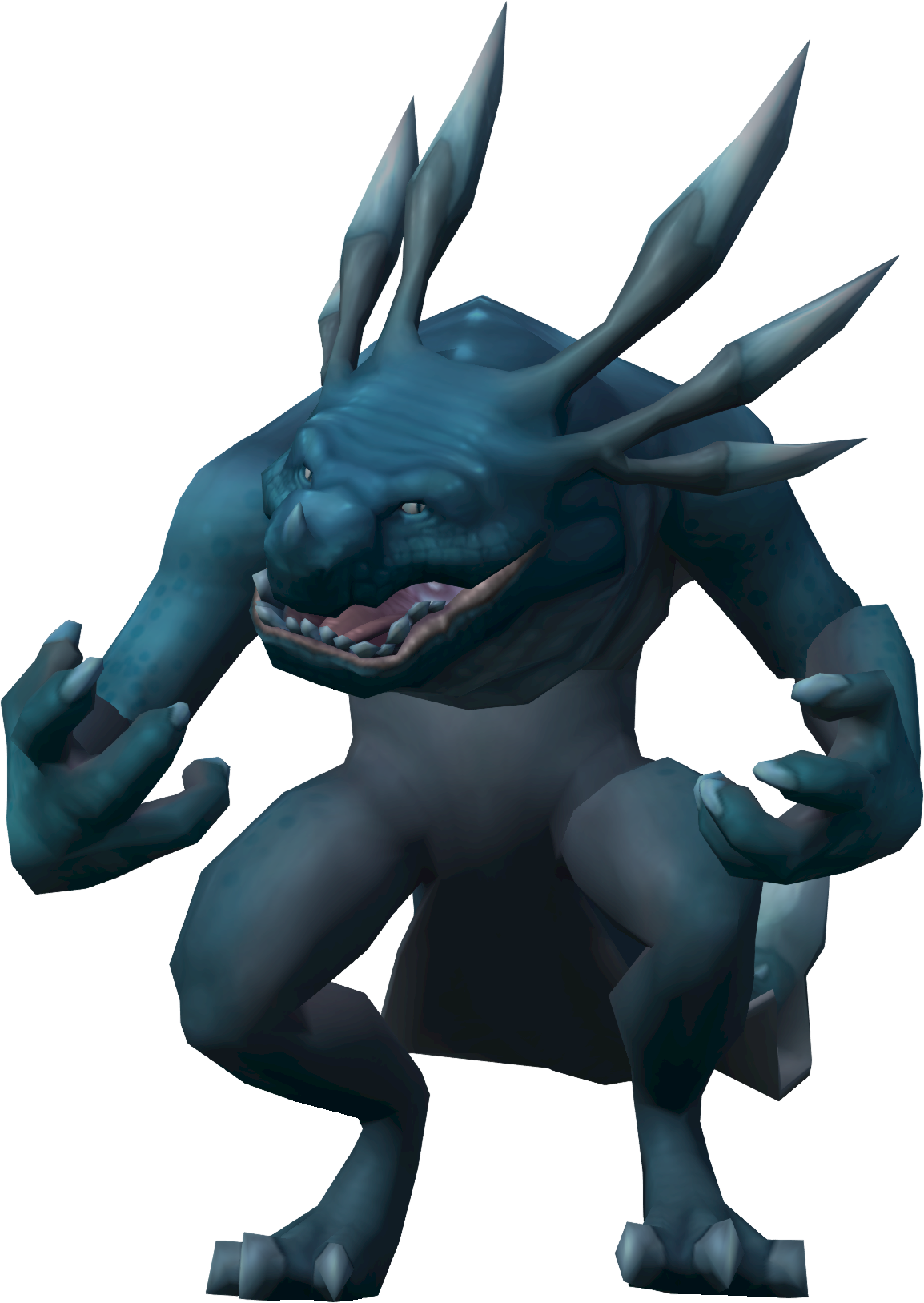 Again, another simple drop table without any complication. The only difference is the different unique loot that each different King drops.